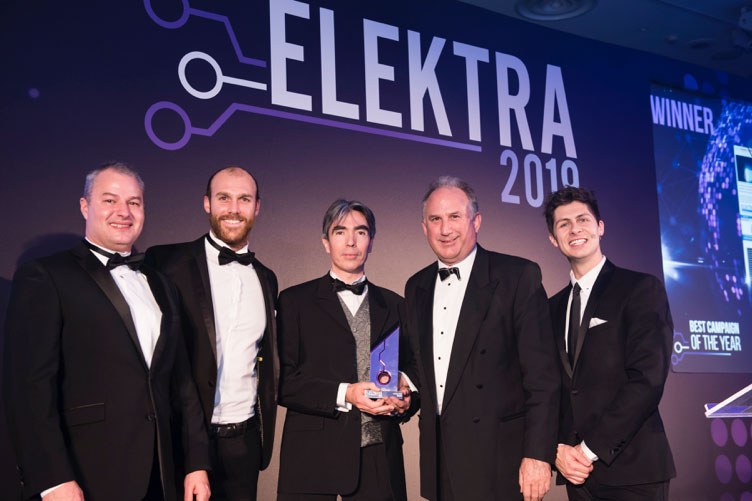 London, UK – 6 December 2019. After Nanusens’ success at the TechWorks Awards in October where it was the only company to win two awards, the company has gone on to win the Award for Best Campaign of the Year at the 2019 Elektra Awards, which are organised by Electronics Weekly.

At the awards ceremony held in London on the 4th of December 2019, a delighted Dr Josep Montanyà, Nanusens CEO, said, “The Elektra Awards attract entries from around Europe so the competition is intense. We were up against long established giants of the electronics industry so for a young start-up to scoop this award and be a finalist for two others is a tremendous tribute to all the hard work of the Nanusens team turning our technology into a reality that will change the world of MEMS sensors.”

The judges commented: “This was an extremely successful campaign with a vastly oversubscribed Crowdcube crowdfunding process. Nanusens distilled fourteen years of development progress into an effective messaging campaign raising the awareness of their product to their target audience.”

What is game changing about Nanusens technology?

Current sensors consist of two chips in a package. One has the MEMS (Micro Electro Mechanical System) sensor structure that is built on top of a piece of silicon. A second control chip is needed that is made in CMOS. The breakthrough by Nanusens is building everything using standard, high yield, CMOS techniques onto a single chip – MEMS-within-CMOS™.

How the sensor production problem is solved

Current sensors need a proprietary production line for every sensor structure chip so the only way to increase production is to build a duplicate line. As a result, the ever-increasing demand for sensors is outstripping production. As Nanusens nanosensors are completely made in CMOS with novel and patent-pending sensor structure designs, they can be made in unlimited volumes using tried and tested processes in the giant CMOS fabs such as TSMC and SMIC.

Sensors provide the awareness that enables devices to be smart. Designers want to add more and more sensors to create ever smarter devices but, currently, each packaged sensor takes up 4mm3, which soon adds up in small format devices such as smartphones, smartwatches, wearables, medical monitors, earbuds, etc. Nanusens’ next generation sensors are a quarter of the size with a package size of only 1mm3.

Even greater space and cost saving can be achieved with Nanusens combo sensors solutions of many different sensors on the same chip with only a tiny increase in package size to 2mm3, giving a space saving of up to 10x compared to the equivalent solution using a set of today’s individual MEMS. 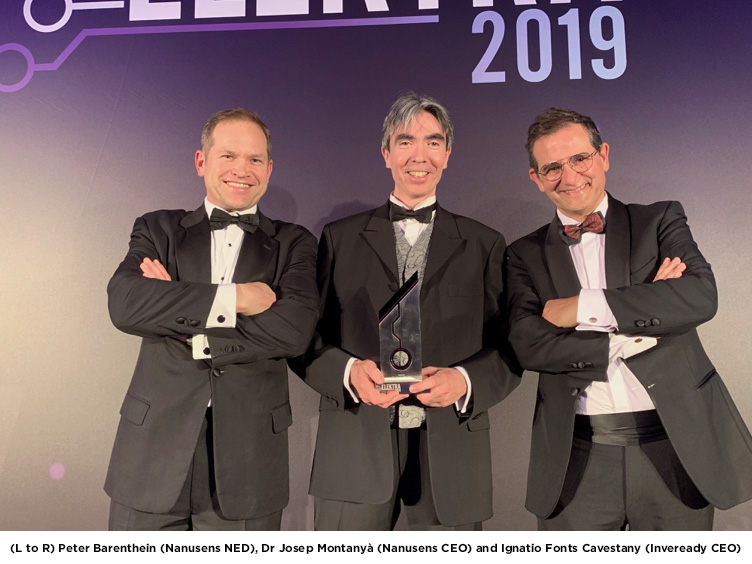